The Council of Administrators and Supervisors congratulates all of this year’s award recipients for their outstanding leadership and dedication to their school communities and is proud to note that of the 286 schools nationwide honored with this award in 2013, two of them are members of the CAS family.

In addition to being recognized by U.S. Secretary of Education Arne Duncan and receiving their Blue Ribbon Awards in Washington DC in November, Ms. McCarthy and Mr. McElhiney  were honored by their peers with CAS Achievement Awards at the Council of Administrators and Supervisors Annual Presidents’ Dinner held at the Plainview Holiday Inn on December 4, 2013. 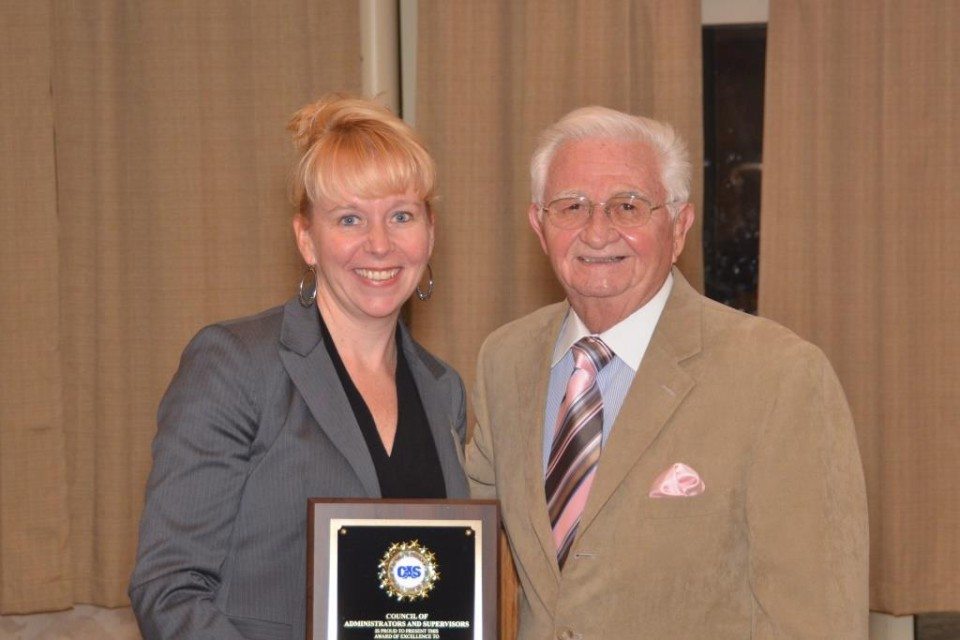