This week, Chancellor Rosa and I issued a statement in support of the National School Walkout on March 14. In a peaceful, yet powerful display of unity and civic engagement, students across New York State, and the nation, walked out of their classrooms to demand action on two of the most pressing issues of our time – ensuring school safety and stemming the tide of gun violence. This is a national movement; it is real; and it is being driven by our students. As educators, we often talk about ‘teachable moments.’ These young people, united in peaceful protest to demand action by our Congress on gun violence, are turning tragedy into a teachable moment for our federal lawmakers. We commend these students for their bold example of leadership in action and call on Congress and lawmakers across the nation to heed their voices. 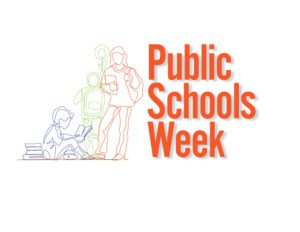 Just as the Board of Regents and NYSED believe that schools should always be safe havens for our children, we also believe that public schools should foster educational equity for all students. This week is Public Schools Week, and in that spirit, we reaffirm our commitment to providing all students with a high-quality education. Quality public schools build the knowledge and skills young people need to succeed in school and in life. I’d like to extend a big “thank you” to our New York State teachers, administrators, school board members, parents and other family members, education professionals, and everyone else for all you do to educate and enrich the lives of our students. 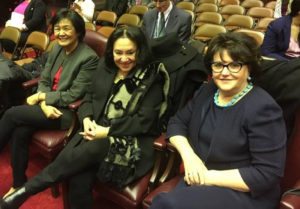 Finally, I am absolutely thrilled that this week, Chancellor Betty Rosa and Regent Judith Chin were re-elected to another term on the NYS Board of Regents. Both Chancellor Rosa and Regent Chin are lifelong educators who have worked tirelessly on behalf of New York’s students, teachers, and school leaders. Under Chancellor Rosa’s leadership, the Regents have overseen the adoption of new, rigorous learning standards that will prepare students for the challenges of the 21st century; made common-sense changes to the State assessments; and developed a State ESSA plan that fosters greater equity throughout New York’s education system. For each of these critical advances, Chancellor Rosa, Regent Chin, and every member of the Board of Regents took a collaborative, deliberative, and transparent approach, engaging parents, teachers, and the public at every step in the process. The re-election of Chancellor Rosa and Regent Chin is great news for the State’s three million students, their families, and indeed all New Yorkers.
This edition of News and Notes also includes information about the following:
Thank you again for all you do for the students of New York State.
Sincerely,
MaryEllen Elia
Commissioner

New parent resources about the 2018 Grades 3-8 English Language Arts and Mathematics Tests are now available on our assessment website. The resources have important information about what parents need to know about the 2018 assessments and answer many frequently asked questions about the tests. The 2018 tests have been reduced to two testing days per subject, down from three days per subject as in past years. You can find additional details about this change and much more in the new documents. Check out What Parents Need to Know and the Parent FAQ.

To support school districts and educators with the transition to full implementation of the New York State Next Generation Learning Standards, NYSED has released the English Language Arts (ELA) and Mathematics Standards Implementation Roadmap. The Roadmap is a recommended three-year plan that includes goals and activities for stakeholders to raise awareness of, build capacity around, and implement the Next Generation Standards.

The New York State Next Generation Learning Standards were adopted by the Board of Regents in September 2017. The new Standards are the culmination of a two-year process that resulted in substantive changes while maintaining rigor, and involved committees composed of more than 130 educators and parents.
NYSED would like to thank all of our partners including, but not limited to, NYSUT, the Staff and Curriculum Development Network, the Big 5 School Districts, BOCES District Superintendents, the statewide Professional Learning Team, and representatives from school districts for their thoughtful contributions during this collaborative process. 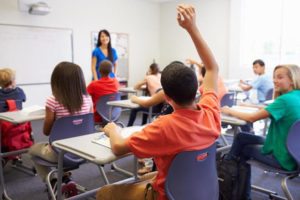 Last month, all public school teachers, as well as school and district leaders, received an invitation to complete the Commissioner’s Annual Professional Performance Reviews (APPR) Survey. The survey is designed to collect feedback about current requirements from those who are most directly impacted by the system. The survey also seeks feedback on what an ideal evaluation system could look like. The survey is the first part of NYSED’s larger effort to develop an evaluation system that provides meaningful feedback to educators and supports their ongoing development. Survey responses are due back to NYSED by the extended deadline of March 28, 2018. 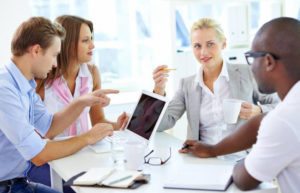 Our Clinical Practice Work Group has developed draft recommendations for changing the regulations related to clinical experiences in teacher preparation programs and is seeking feedback from the education community on the draft recommendations through a survey and regional meetings. The meetings provide an opportunity for participants to discuss what field experiences and student teaching should look like in New York State teacher preparation programs. The meetings are being held between February 26 and March 21, and the deadline for completing the survey is Thursday, March 22.