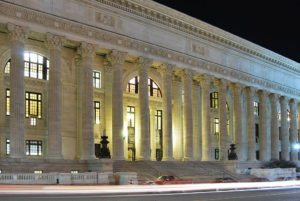 Mr. Starvaggi informed the Commissioner that David Gee, Director of Technology from the Bedford Central School District is being recommended as the ESSAA representative for the NYSED Data Privacy Council.

Mr. Starvaggi stated that our organization recently received an invitation from Regent Ouderkirk and Regent Mead, newly appointed co-chairs of the State Aid Subcommittee, to meet and discuss our ideas and concerns as they relate to education funding.  The Commissioner commented that this is a very different approach from what has been done in the past but they are both new to this role and are seeking feedback from various stakeholder groups.

Mrs. Conklin-Spillane asked for an update on the recent Middle Level CTE changes. Commissioner Elia responded by cautioning that the change was implemented as an Emergency Action by the Board of Regents (BOR) and has not been formally approved to become permanent.  She also stated that several BOR members are currently not in favor of the change which could jeopardize the final approval.

Mrs. Fasciglione inquired about the progress with the development of the new assessments and asked if administrators would have input on the development of the new administration guidelines.  Deputy Commissioner Ebert responded that in the past, this has been facilitated through the District Superintendents, not building leaders and agreed that input from building leaders was necessary.  Mrs. Conklin-Spillane emphasized the need for building leaders to have input in the process due to the firsthand experience they have from directly administering the assessments.  Deputy Commissioner Ebert responded that, at this time, we are welcome to send ideas and recommendations directly to her.

Also on the topic of assessments, we inquired about whether NYSED will be pursuing an Innovative Practice Grant as a means to assist with creating the new assessments.  Commissioner Elia responded that they are still in the early stages of looking at the potential benefits, constraints, and long term costs associated with the grant. While there has been a great deal of discussion amongst the BOR in recent months, she emphasized that the decision of whether to apply for the grant has not yet been made.

Mr.  Voorneveld expressed concern about the inclusion of suspension data as a component of the ESSA School Quality Index beginning in the 2018-19 school year.  The Commissioner responded that Community School Funds should be used to support strategies that support suspension alternatives such as PBIS, Restorative Justice and RTI.  She went on to say that she strongly supports intervention models that include collaborating with community organizations and focusing on early intervention in comparison to practices that deal with behaviors after they occur.

The Commissioner was asked how NYSED will be handling the 95% state assessment participation requirement associated with the ESSA legislation, particularly for districts that are not low performing.

She began by saying that the assessment data will be presented in two different ways.  One format will include opt outs as non-completers as required by ESSA, which will have a negative effect on the school quality index score.  The second format will represent only the scores of students who completed the assessments and will not include opt outs. She went on to say that higher performing schools who do not meet the 95% participation rate will not be subject to intervention measures, but also will not be eligible for recognition as a high performing school.  Additionally, these schools will need to present plans for how they will increase the participation rate in the future.

Mrs. Conklin-Spillane expressed concern regarding the negative impact this policy will have as the teacher evaluation process is reintroduced in two years.  Commissioner Elia responded that she is very aware of the potential negative implications and is committed to work with the legislature to ensure that the reintroduction of the teacher evaluation process does not undermine the progress they have made over the past two years with establishing trust and credibility with stakeholders.

Mrs. Conklin Spillane asked about the future direction of the TeachNY initiative as they work to build on the progress that has been made.  The Commissioner outlined four steps she would like to see both NYSED and the TeachNY group pursue:

-Explore ways to promote teaching as a rewarding and fulfilling profession

Commissioner Elia state that NYSED is working with eye care professionals across the state in developing a plan to better assist students with completing the necessary follow-up visits needed to correct vision problems at a significantly reduced cost.  The legislature will be announcing in the near future that they will be declaring the month of October as Vision Month.  Specific details of the program will be forthcoming from NYSED.