Within hours of the U.S. Supreme Court decision on the Janus vs. AFSCME case, union-haters launched a shadowy misinformation campaign in an attempt to get public employees to leave their union. They started emailing nurses, firefighters, teachers, and other hardworking New Yorkers who provide important services every day and launched a website targeting our members with their propaganda.

It came as no surprise. We have said all along, the Janus case is nothing more than a thinly veiled attempt to silence the voice of working men and women and their unions. This case was never about a man named Mark Janus. It was, and continues to be, an attack by right-wing ideologues who know that when working people join together, they have the power to improve their wages, benefits and working conditions. And that is exactly what these corporate special interests are afraid of.

Anti-labor groups, operating in the shadows, refuse to say who is funding their campaign and claim to simply want to “inform” and “help” public employees by providing step-by-step instructions on how they can leave the union. They claim they are not trying to influence public employees, just educate them. It’s laughable and frankly insulting to our members.

If these outside groups suddenly feel a need to educate public employees, then why don’t they join us in giving working men and women a voice in the workplace? Why don’t they join us and help public employees earn a better living and improve their working conditions? That’s the kind of help and education working people appreciate. That is how you grow the middle class, by speaking up together and raising the standard of living and quality of life for all workers.

We know that because here in New York state we have the strongest and most successful statewide labor movement in the country.

And our members know it.

Governor Cuomo recently announced the state Department of Labor has issued guidelines for public employers in the wake of the Janus decision. Those guidelines and clarifications are necessary because of these anti-union misinformation campaigns. It will ensure all public employers honor the law and the rights of their employees.

Public employees have always had a choice to become a union member. The Janus decision doesn’t change that.

Our opponents are salivating over the hope that the Janus decision will defund and defang unions. I have news for them: You’re in for a big disappointment.

We are ready for this fight and for the next one. In fact, these attacks will only make our family stronger and more determined than ever to stand up, fight back and make our voices heard.

So while our opponents continue to try to divide working people, we will continue to unite them and build an even more vibrant labor movement that will result in a thriving middle class.

Mario Cilento is president of the New York State AFL-CIO, a federation of 3,000 affiliated public-sector, private-sector and building trades unions throughout the state representing 2.5 million members, retirees and their families. www.nysaflcio.org.

The Supreme Court issued its expected decision in the case of Janus v. AFSCME. As anticipated, the Supreme Court once again ruled in the favor of corporate interests when it overturned established precedent and invalidated agency shop fees in an effort to weaken public sector unions.  The ruling means that anyone who opts out of membership in their local association cannot be charged their fair share of the cost associated with the procurement or protection of their salaries, benefits, and union services afforded to them.  However, the majority decision cited with approval laws such as the recently enacted changes to New York’s Taylor Law, which allow unions to provide essentially no services to non-members. New York’s commitment to preserving unionization and worker’s rights can be seen in the Governor’s op-ed published in the New York Daily News. http://www.nydailynews.com/opinion/ny-oped-janus-workers-20180627-story.html>

The Supreme Court decision comes as no surprise, but now more than ever it is imperative that New York, as the largest and strongest union state in the nation, continues to lead the way in protecting and advancing worker’s rights and benefits.  We must do our part to show the nation that New York is and will always remain union strong!

CAS attorneys Brad Stuhler and Michael Starvaggi recently conducted a series of informative workshops for CAS unit presidents and executive board members entitled “Janus v. AFSCME: The story behind the case and what questions need to be asked”  at the Sheraton Four Points Hotel in Melville on Tuesday, April  17th.

As we await the announcement of the Supreme Court verdict in Janus v. AFSCME that is expected to be announced later in June, over seventy CAS unit leaders were able to attend either the morning or afternoon workshops. The CAS attorneys pointed out that the Janus case is merely one part of a decades-long strategic campaign meant to strip collective bargaining and unionization from American workers. They stressed that we cannot afford to allow ourselves to be as easily manipulated and naive as Mr. Janus. Every public sector employee needs to be aware of the political forces behind the case and what they are looking to accomplish. They emphasized that it is imperative for every public sector teacher, administrator, police officer, firefighter, county and town worker to understand what exactly is at stake in Janus v. AFSCME and the goal of the corporate power brokers who are behind the case.

The attorneys also provided helpful suggestions to enhance local unit visibility and identity within their school communities. All in all, the many CAS local unit presidents and executive board members who attended the workshops left with helpful guidance and as practical suggestions for strengthening unit effectiveness.

Please read the CAS brochure on the Value of Union Membership.  It contains crucial and timely information about major legal developments affecting all public employees.

As you are undoubtedly aware, we are awaiting the Supreme Court decision in Janus v. AFCSME, which is expected to strike down the agency shop fee applicable to public sector unions.  This litigation is part of a well-funded effort by the Koch brothers and other political donors to destroy public sector unions and undermine public education.

One of the myths spread by these groups has been that, even if someone opts out of his/her union and refuses to pay union dues, that person will continue to receive all the benefits afforded to paying members, i.e. that non-payers will be able to “freeload” off of paying members. The Governor and Legislature have unequivocally debunked that myth by enacting a new set of laws last week.

It is clear now in New York that those who don’t pay union dues do not get the critically important services that members receive.  The new law specifically states that anyone who does not pay dues does not receive union representation or legal services, among other areas:

► during questioning (i.e. Weingarten Rights) by the school district, State Education Department, other agencies even if the employee is the subject of the investigation;

►   in 3020-a hearings, Section 75 hearings, or Part 83 hearings which could result in termination of tenured employees and/or the loss of professional license(s);

►  in any proceeding to enforce an educator’s statutory or administrative rights, including court proceedings to enforce tenure, excessing and recall rights;

►  in any proceeding before the Commissioner of Education;

►  in any disputes with the NYSTRS which could impact or reduce a public employee’s pension; and

► at any stage of a contractual grievance concerning evaluation or discipline where the contract allows the non-member to proceed without the employee organization and be represented by his/her own advocate.

In sum, New York State has made the right decision, protecting the integrity and strength of New York unions.  It is now perfectly clear that non-members will receive bare minimum benefits and will lose the vast majority of the protections afforded to them by their associations.

The goal of the enemies of collective bargaining was to convince members to drop their union memberships, leading to the dissolution of unions and elimination of collective bargaining entirely, thus allowing public employers to unilaterally set salaries and benefits. They are doing this for their own political ends and not out of concern for workers’ biweekly union contributions.  We see the effect of “right to work” as we watch teachers strike in states like West Virginia, Kentucky, and Oklahoma. We simply cannot be fooled by false slogans such as “right to work.”   Giving up the salaries, benefits, and protections members get for the minimal cost of their dues simply makes no sense.

CAS knows that our members are too smart to allow the gains of prior generations to be cast aside and erased. And we hope, in light of the new law, that all public sector unions remain committed to retaining 100% of their membership, notwithstanding the decision in Janus. 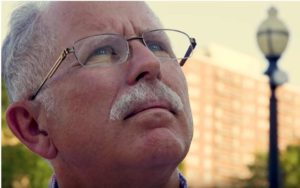 The Janus-faced war on unions